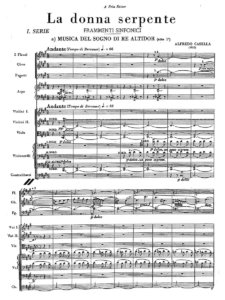 From 1920, Casella entered his third compositional phase. The heterogeneous stylistic aspects of his first phase (Mahler, Russian nationalism, Fauré and French classicism), and certain compositional dialectics of Bartok, Stravinsky and Schoenberg that encapsulated his shorter second phase from 1913-1920, gave way to a language that embraced a Neoclassical/Classical modernist perspective from 1920-1944, with continued stylistic cosmopolitanism and eclecticism. In this third phase, … 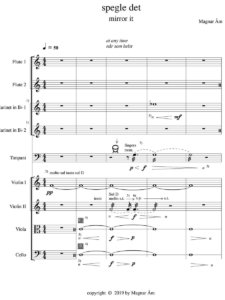 Sigismund Toduţă (1908-1991) was an important representative of the music school of Cluj. In his many qualities – composer, musicologist (member of the Academy) and eminent teacher – he embodies a synthesis of different European influences, received in his learning years (between 1926-1936) from such names as: Marțian Negrea, Ecaterina Fotino, Alfredo Casella, themselves trained in Romania, Berlin, Paris and Vienna. His studies were completed with a PhD at Pontificio Istituto di Musica Sacra from Rome (1936-1938) as well as by the composition classes with Ildebrando Pizzetti. He also specialized in Gregorian chant and Medieval polyphony, accomplishing thus his compositional style as an authentic combination between local folkloric melodies and polyphonic writing. … 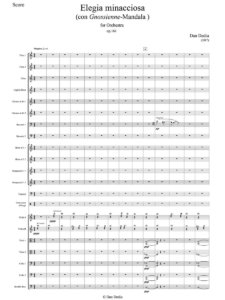 Dan Dediu was born in 1967 in Brăila, the same city that, coincidentally, was also the birthplace of Iannis Xenakis. Educated as a musician before the 1989 political events in Romania, Dan Dediu benefited from the guidance of Ştefan Niculescu and Dan Constantinescu. At the beginning of the 1990’s, along with the political change, the opportunity to study abroad would open up new horizons. Thus, after his studies at the Bucharest University of Music (called the “Ciprian Porumbescu” Conservatory when he graduated in 1989), Dan Dediu becomes a post-graduate student of Hochschule für Musik Vienna, between 1990-1991, studying composition with Francis Burt. From this moment on, the direct contact with international music is facilitated by fellowships from prestigious institutions such as the Alfred – Toepfer Foundation in Hamburg, Alban Berg Foundation in Vienna, New Europe College in Bucharest, Wissenschaftskolleg zu Berlin, Zuger Kulturstiftung Landis & Gyr in Switzerland, Villa Concordia in Bamberg. … 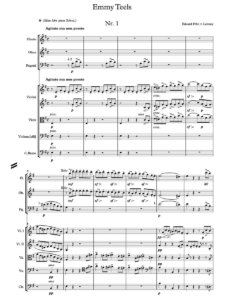 Heinrich Eduard Josef von Lannoy1 belongs to a “tradition-steeped dynasty” of “statesmen and military leaders.”2 His father held various high positions in the Dutch administration. Eduard first resided in Graz from 1796 to 1801, where he completed his high school education and a year of university studies. Thereafter in Brussels, he studied philosophy, mathematics, jurisprudence and languages amongst others, and learned composition and various music instruments. From 1806, his family resettled in Styria. In 1808, his father purchased the “Wildhaus estate” (today: Viltovž) near Marburg (today: Maribor, Slovenia), through which Eduard, already a knight of the royal Hungarian Order of Saint Stephen, became a baron. … 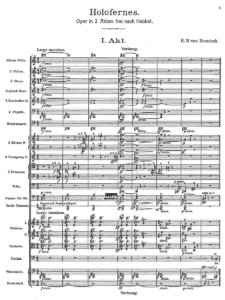 Time: 1st century B.C.
Source: According to the book Judith, Old Testament
Place: The action takes place in and before the (H)Ebrean city Bethulien
Duration: approx. 90’

1. Act: The city Bethulien is besieged by Assyrian soldiers. The hebrean people, at the end of their strength, starved and shortly before dying of thirst, can no longer withstand the enemy’s troops and want to surrender. The masses hope for the mercy of the enemy and want to storm the gates. Osias, the chief priest of Bethulien, tries to appease the angry and exhausted people and encourage them to persevere. Judith emerges, angered by the lack of courage and weak faith of the people. She asks for delay, „still wait until the next dawn”. After some resistance, the crowd agrees. Ready to save her people, Judith plans to kill the enemy Captain Holofernes during his intercourse. “The way to my deed goes through sin! Thank you, thank you, Lord! May I love my honour, my immaculate body more than you? You made me beautiful, now I know why”. With great determination she prepares her deed. She has her maid Abra dress her up and wrap her in beautiful robes and leaves Bethulien to meet Captain Holofernes, who is known as the particularly cruel. Judith: “I will avenge the dead and shelter the living.“

We use cookies to ensure that we give you the best experience on our website. If you continue to use this site we will assume that you are happy with it.OkRead more